To skip the info stuff and jump to read fun facts and see shiny things, go straight to number 10 🙂

What is the Birthstone for January?

The birthstone for January is garnet. When we think of garnet we usually think about dark red clusters of gemstones reminding us of a pomegranate.

How is Garnet Formed?

Garnet is forms in metamorphic rocks under high temperatures and pressure.

Geologists often use garnet to gauge the temperature and pressure of the rock where the garnet forms. 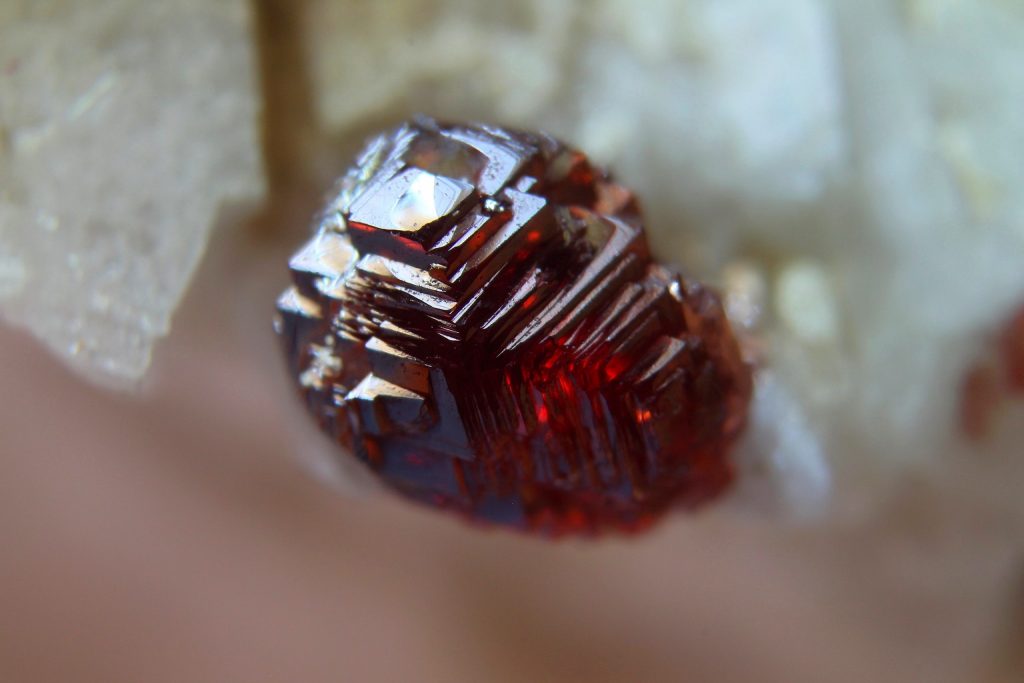 Where is Garnet Found?

There are over 20 different types of garnet. They are all found in different parts of the world.

Fine Bohemian garnet was popular at the end of the nineteenth century for making Victorian garnet jewellery and was mined in Bohemia (Czech Republic).

Madagascar offers a garnet mix of pyrope and spessartine.

Heat-treatment on garnet has proved to be ineffective. Your garnet jewellery is made from natural unenhanced gemstones.

What Colour is Garnet?

Garnets come in many colours:

Pyrope and almandine range from purple to orange-red.

Andradite is made of yellow and yellow-green colours.

Grossular colours are anything from colourless to yellow through to orange-red to green.

How Much is a Garnet Worth per Carat?

January’s birthstone garnet is graded the same as most gems. The price is dictated by the weight, the colour, the clarity of the colour and the cut.

Tsavorite and demantoid both green garnets, are extremely rare and more valuable than the more common red garnet.

Two gemstones with the same colour can differ in price due to clarity and weight.

Does a Garnet Scratch Easily?

The birthstone for January scores 6.5-7.5 on the Mohs Hardness Scale, some types of garnet can score slightly more but as a rule, all garnet is classified as one score. Avoid heavy knocks on hard surfaces and always take great care when wearing your garnet jewellery to enjoy your favourite pieces without scratches.

How to Clean Garnet Jewellery

Your garnet jewellery should be cleaned with warm soapy water and dried and polished with a soft cloth.

Can a Garnet be used for an Engagement Ring?

A garnet symbolises love, life, passion and victory; a perfect stone for an engagement ring.

The wide variety of colours will leave you spoilt for choice.

Remember, a garnet is not very hard and requires very good care. Keep away from cleaning solutions and remove when carrying out heavy chores.

January’s birthstone garnet was used in Ancient Egyptian jewellery thousands of years ago.

A large quantity was found and mined in Bohemia over 500 years ago, leading to a surge in popularity. Bohemia is part of today’s Czech Republic.

The Roman scholar Pliny (23-79 AD) mentioned the wide trading of garnets in his writings.

Garnet is believed to detoxify and purify the blood, heart and lungs of the wearer. Increasing metabolism and libido, the garnet is an all-around revitalising birthstone.

The general chemical formula for garnet is X3Y2(SiO4)3.

Garnet was believed to be one of four gemstones King Solomon received from God. 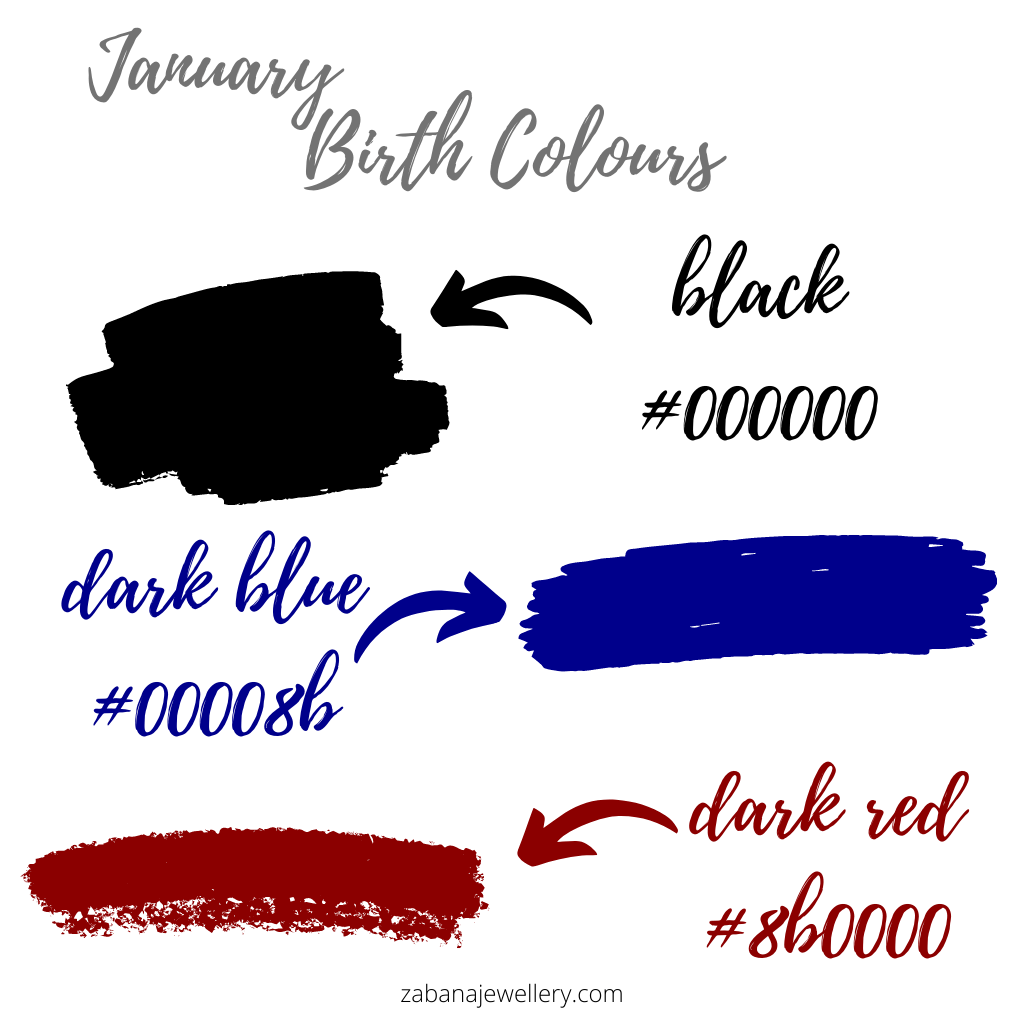 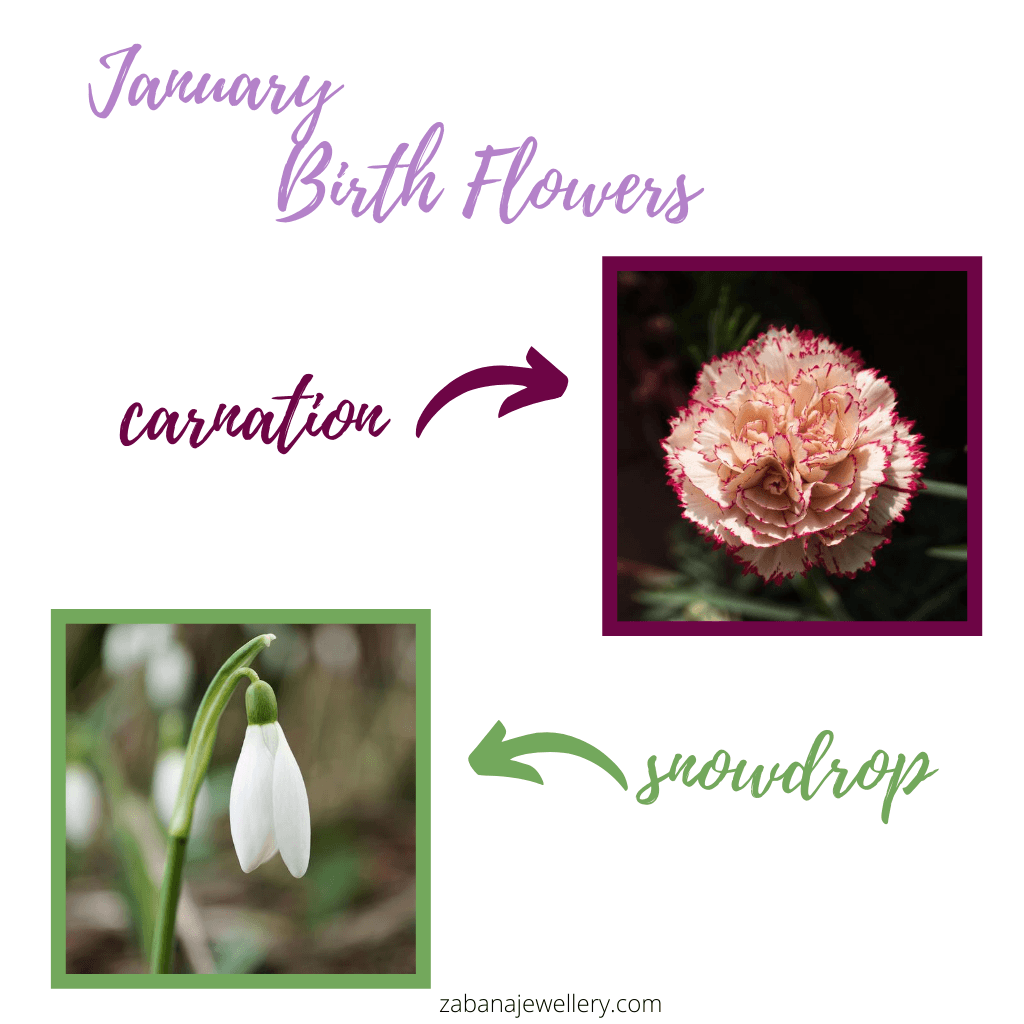 Garnet jewellery is beautiful, not only for January-born. An ideal gift for all occasions.

January Birthstone Garnet, A Few Ideas For You