To skip the info stuff and jump to read fun facts and see shiny things, go straight to number 10 for Topaz and number 21 for Citrine 🙂

What is the Birthstone for November?

The birthstone for November is not one but, two birthstones; topaz and citrine.

Two beautiful gemstones with colours just right for celebrating a birthday in Autumn.

The November birthstone topaz is a common and inexpensive gemstone.

How is November Birthstone Topaz Formed? 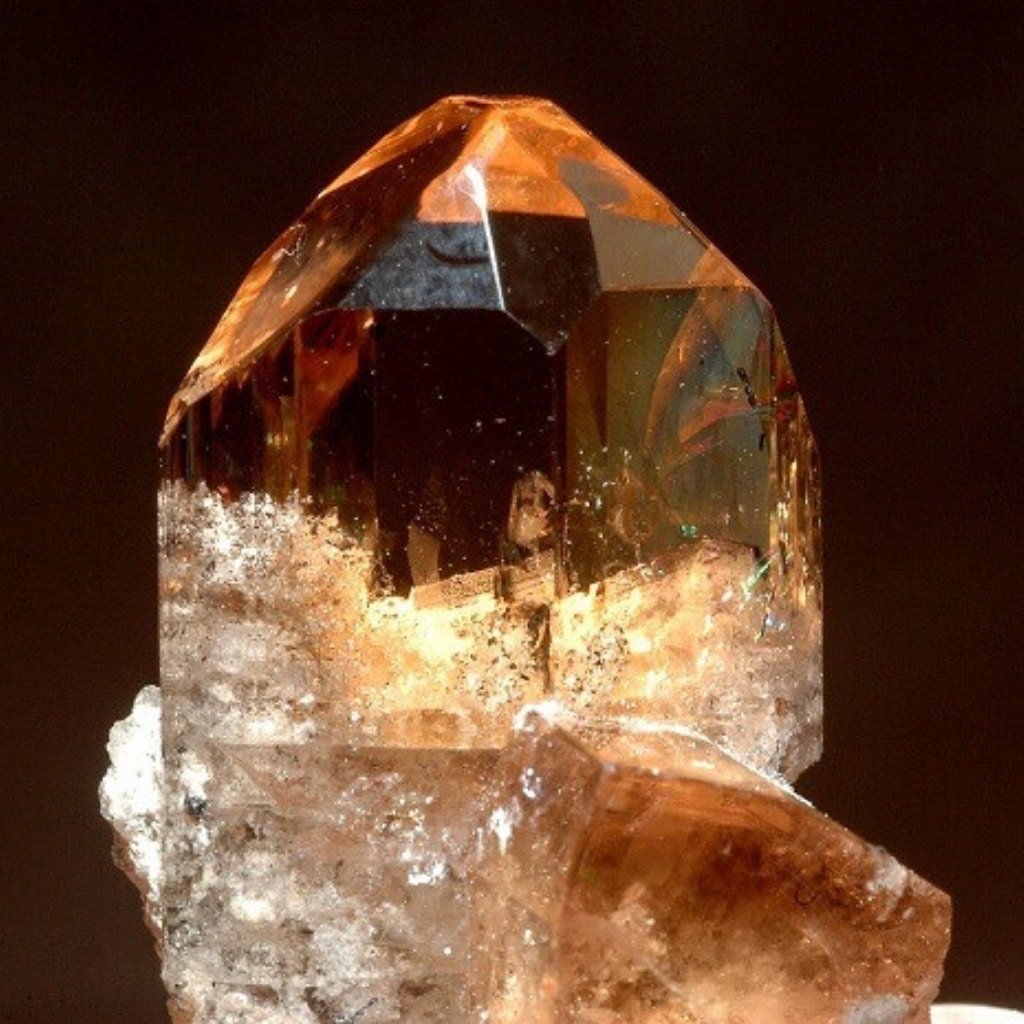 During the last stages of the crystallization of igneous rocks, vapour containing fluorine is released. This occurs in cavities and high-temperature veins causing the formation of topaz.

Where is Topaz Found?

Over 80% of the minerals mined in Brazil are topaz which makes Brazil the largest supplier of topaz.

Topaz is often heat-treated to enhance the colour.

What Colour is Topaz?

A coloured topaz is so because it either has treaces of natural elements within the gemstone or through heat-treatment.

Exposing radiation to light-coloured or colourless topaz turns it blue. Blue is the most used topaz colour.

True blue topaz does occur in nature, but it is rare. Consequently, most blue topaz bought today is coloured.

Topaz is admired for its colour, clarity, and hardness, scoring 8 on the Mohs Hardness Scale. As a result, the topaz is a desirable gem but, topaz is inclined to chip and needs extra care.

Topaz is usually set in fine settings, especially in pendants and brooches.

Caution should be exercised when buying topaz rings as they may contain fragile stones.

With proper care, topaz rings can last and bring the wearer joy for a very long time.

How much is a Topaz Worth per Carat?

The main factors when pricing a topaz are colour, size and clarity.

The most expensive are the rare pink and red gemstones, followed by orange and yellow.

Colourless gems are the most common and therefore the least expensive.

After colour the clarity and cut of the topaz factors into pricing the gemstone.

After all these factors, the carat weight defines the final price of the topaz gemstone.

Can Topaz be used in an Engagement Ring?

The November birthstone topaz is an ideal gemstone for an engagement ring as long as you take great care not to expose your ring too hard knocks, strong chemicals, heavy manual work, and abrupt temperature changes.

The name topaz comes from the Sanskrit and means fire.

Several of the modern English translations of the Bible mention topaz in The Book of Exodus 28:17

In the Middle Ages, all yellow gemstones were known as topaz. Therefore, references from that time could be referring to citrine.

Topaz conjures images of the sky, sun, and sea. Blue is the colour of calm, relaxing us, ridding us of chaos and negative emotions.

The Greeks believed topaz had the power to increase strength and grant invisibility to the wearer.

The Romans believed topaz possessed the power to improve eyesight and cure insomnia.

Both the Romans and the Egyptians associated topaz with the Sun God.

Throughout the ages, the golden cognac appearance was likened to the Gods of the Sun.

It was believed topaz could heal asthma, haemorrhages and prevented death.

Topaz is the gemstone of the Zodiac sign of Sagittarius.

The Imperial Topaz which is the name given to topaz gemstones with the colours yellow through to golden cognac symbolizes the 23rd Wedding Anniversary.

The topaz is a miniature reproduction of the rich gold which illumines the setting sun.

Charles Blanc, Art in Ornament and Dress , 1875, translated from French

Whichever colour you prefer, even if November is not your birth month, topaz is a beautiful versatile gemstone and an ideal gift for all occasions from birthday, weddings, anniversaries, engagements, Valentine’s Day, Mother’s Day to graduation and many more.

November Birthstone Topaz, A Few Ideas For You

Table could not be displayed.
Take me to Amazon to see more Topaz Rings

Table could not be displayed.
Take me to Amazon to see more Topaz Necklaces

Table could not be displayed.
Take me to Amazon to see more Topaz Earrings 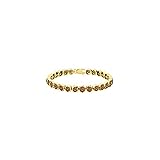 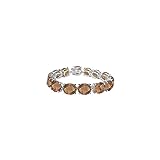 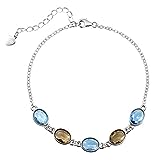 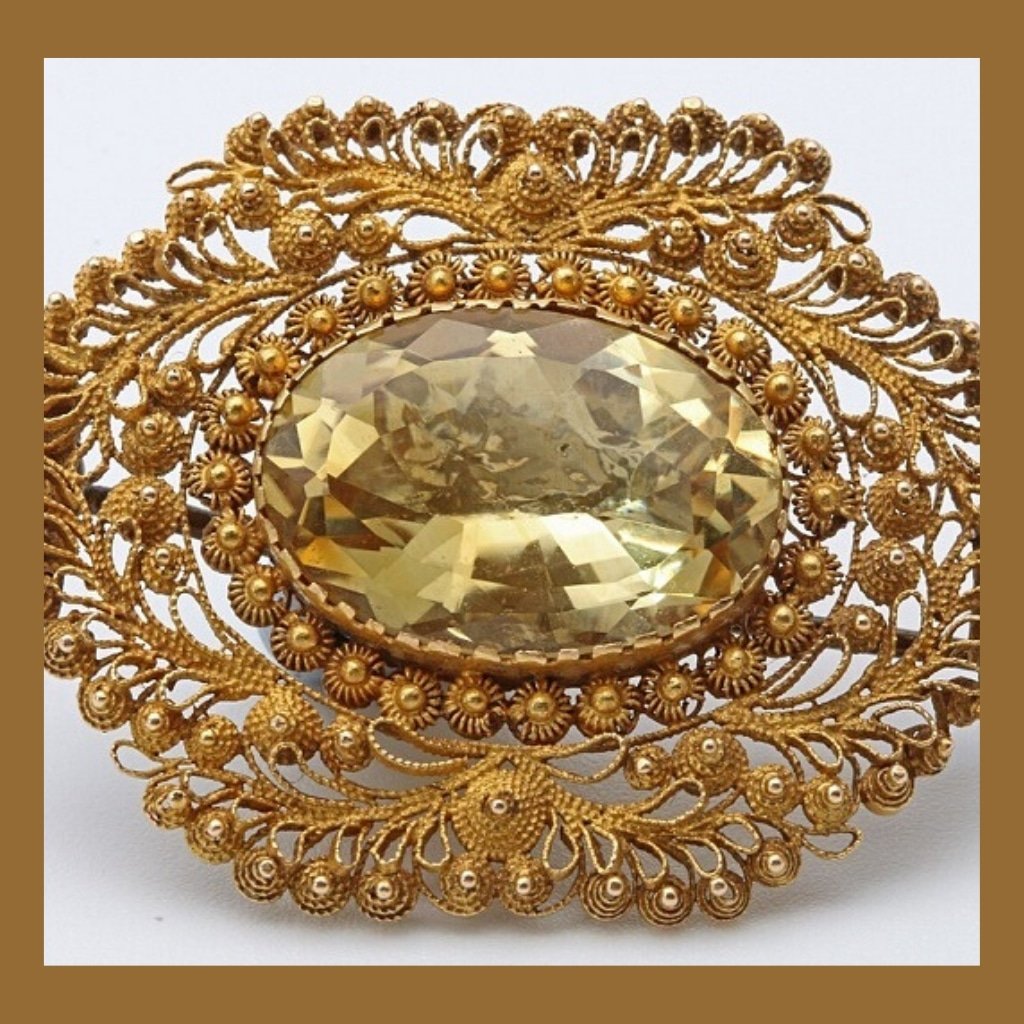 How is November Birthstone Formed?

Citrine is the yellow-brown variety of quartz. Most citrine is created by heat-treating amethyst.

Yellow citrine has been found in amethyst deposits after being exposed to natural-heating.

Where is Citrine Found?

Almost all citrine has been heat-treated to acquire its colour.

What Colour is Citrine?

The yellow-brown hues of citrine depend on the amount of quartz in the crystal. This is a rare natural occurrence.

Most of the citrine sold in today’s markets is coloured by heat-treating purple amethyst and smoky quartz. A process discovered in the mid 18th Century by mineralogists.

Heat treatment produces the lemon and golden-brown shades of citrine. These varieties of quartz are more common and less expensive.

Citrine scores 7.0 on the Mohs Hardness Scale which is a fair hardness, however, always take great care to prevent scratching and avoid knocks on hard surfaces.

How do I Clean my Citrine Jewellery?

Use a soft toothbrush if necessary, rinse well and dry with a soft cloth.

How much is Citrine Worth per Carat?

Saturated yellow, orange or reddish-tones are the most expensive colours of citrine.

The carat doesn’t play an important part in pricing citrine, more important are colour, clarity and a good custom cut, all which increase the value of citrine.

Can Citrine be used in an Engagement Ring?

Whichever setting you choose, this November birthstone will look beautiful as long as you take great care of it.

The likeness of the two November birthstones has caused confusion over the years.

Despite the similarities, topaz and citrine are in fact unrelated minerals. The resemblance means they are both often sold under the name “topaz”. This results in citrine jewellery often being called  fake topaz.

Citrine is one of the most affordable yellow gemstones.

Citrine was named after citrin, the French word meaning lemon-coloured.

The Egyptians used citrine as talismans and Roman priests wore it as a ring.

Citrine, known as the healing quartz is said to release negative feelings, spark the imagination as well as soothes, calms and comforts the wearer.

November birthstone citrine is also known as the Merchant’s Stone due to its ability to attract wealth and prosperity.

Citrine and topaz are believed by some people to carry the same powers of calming tempers, soothing anger and attracting prosperity.

Claims have been made suggesting citrine stimulates digestion, the spleen and the pancreas as well as keeping the skin, nails, and hair healthy.

The chemical formula for citrine is SiO₂

November Birthstone Citrine, A Few Ideas For Your 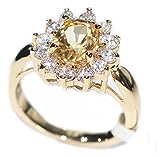 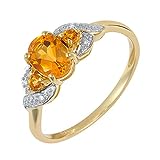 Table could not be displayed.
Take me to Amazon to see more Citrine Necklaces 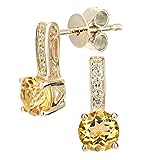 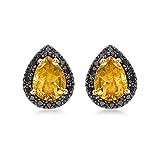 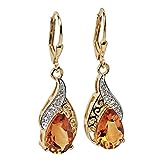 Table could not be displayed.
Take me to Amazon to see more Citrine Bracelets

The Birth Colours for November are Dark Blue, Red and Yellow 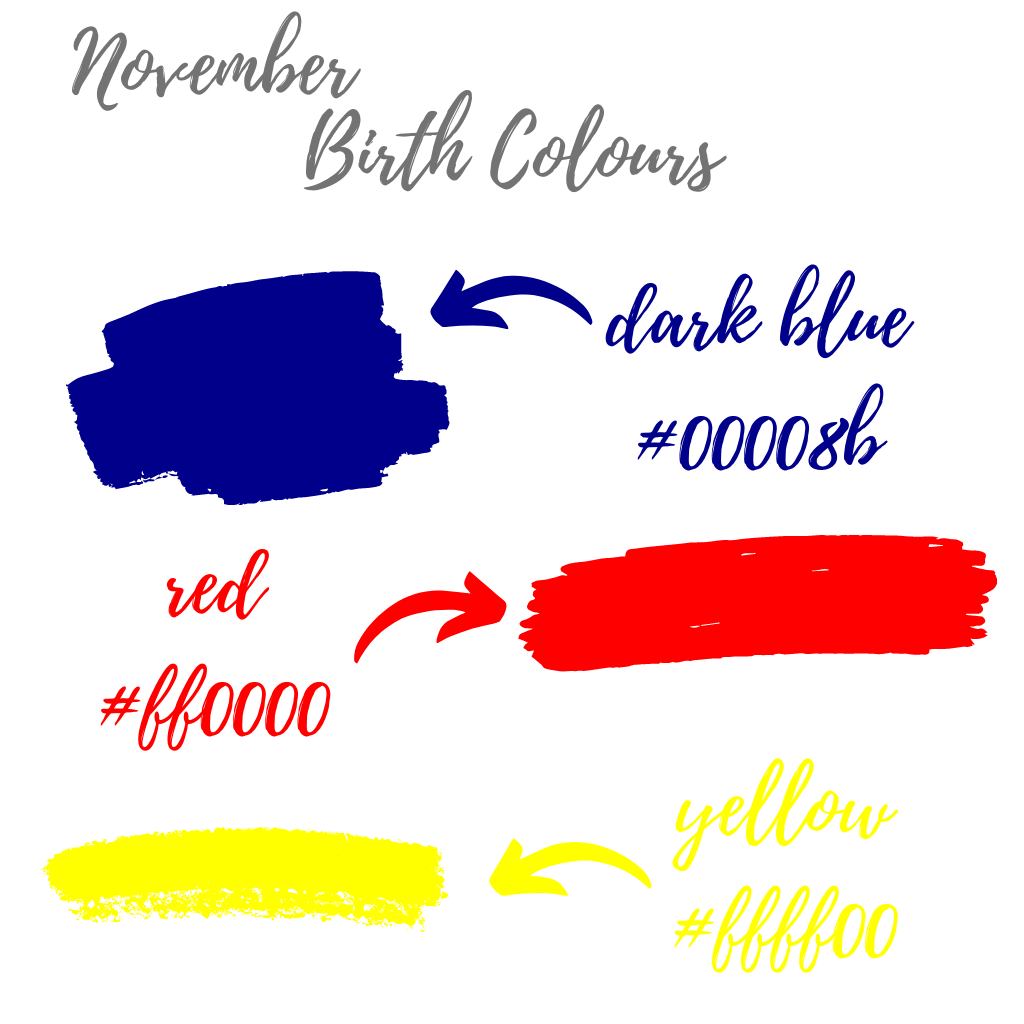 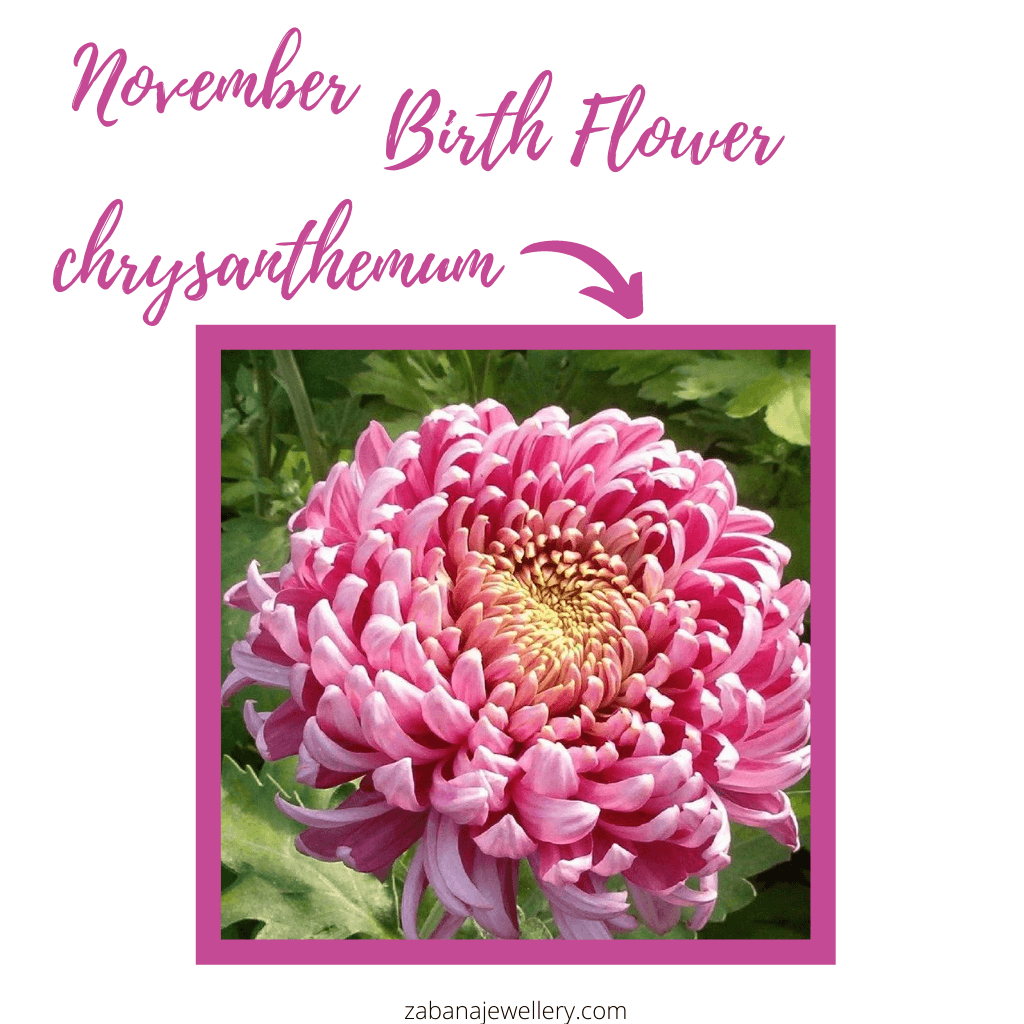 Find a list of all birthstones and all birth months here.

Birthstone jewellery is an ideal gift for all occasions, Valentine’s Day, Mother’s Day, anniversaries, birthdays and so much more. 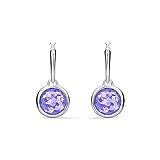 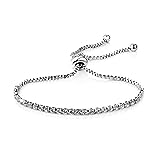 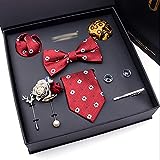